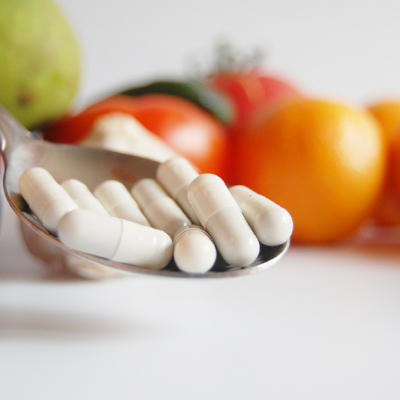 Why Do We Need Magnesium?

Magnesium is a dietary mineral that participates in hundreds of life-essential processes that occur both inside and outside cells of the body. Magnesium deficiency impacts normal physiologic function on many levels. Adequate magnesium is a fundamental requirement for optimal function of the cardiovascular system, the nervous system, skeletal muscle, the digestive tract and helping cells produce metabolic energy. Inadequate magnesium not only affects the heart, blood vessels and bones but impacts blood sugar levels as well.

You May Not Be Getting Enough Magnesium

Certain types of magnesium may be difficult to absorb and easily depleted by stress, strenuous exercise, coffee, alcohol and certain medications. Studies have shown that as much as 75% of the population in Western countries consume less than the RDA of this crucial mineral.

Fortunately, research has shown that minerals chemically bonded to amino acids are better absorbed, which has given rise to the introduction of ‘chelated’ minerals as dietary supplements. But not all mineral chelates are equal!

Mineral amino acid chelates consist of a single atom of an elemental mineral (i.e magnesium) surrounded by two or more amino acid molecules in a stable, ring-like structure. Unlike mineral salts, which must be digested by stomach acid before the mineral can be released and absorbed, it is much easier for the mineral chelates to cross the intestinal wall intact because amino acids have their own, much wider, entryways. Once past the gut wall, they go into the bloodstream, carrying the mineral tightly bound and hidden within the amino acid ring. The mineral is then released for use by the body.

The Difference Between Buffered and Non Buffered (Fully Reacted) Chelates

Non-buffered means that no additional elemental magnesium is added to increase the elemental value. Therefore, fully-reacted, non-buffered chelates have the magnesium ion bound to an amino acid, such as glycine. This is called a magnesium glycinate chelate. However it is a common practice to buffer magnesium with poorly absorbable forms such as magnesium oxide or carbonate. This results in an overall lower level of bioavailability even if the milligram amount of elemental magnesium is higher.

By using amino acids such as glycine and lysine to bind the magnesium ion, also facilitates absorption. Glycine is an efficient carrier for mineral absorption in the intestinal tract and is also used by the body to form collagen. Lysine is an essential amino acid that assists gastric function.

For those sports people it is important to remember that low magnesium levels means it is impossible for the body to produce adenosine tri-phosphate (ATP), the universal currency of energy within the body. Thus the body starts to produce energy anaerobically, via glucose burning – not an efficient process! The by-product being lactic acid!

An excellent way to replace the lost magnesium, speedily, is transdermal (topical) magnesium. By applying directly to the skin the magnesium is rapidly absorbed with quick uptake into cells with positive effects on muscles, joints and skin. This allows stressed muscles and joints to recover naturally and quickly.

This article was written by Caroline Donnelly, a naturopath for NHT.